(Rio de Janeiro-NewsHalal 24 April 2017) Brazil, one of the largest meat exporters passing through the waves of trade shocks as China, Hong Kong, the EU, South Korea and Chile bans meat imports from the country after inspectors were accused of taking bribes to allow sales of tainted food.

The authorities in China, Hong Kong, the EU, S. Korea and Chile announced banning the import of frozen meat from Brazil as a “precautionary measure” after the Brazilian meat scandal.

China, which accounted for nearly one-third of the Brazilian industry’s $17.9 billion in exports last year, decided to suspend imports of all meat products from Brazil as a precautionary measure.

On the other hand, China`s Hong Kong also announced the measure to curtail meat imports from Brazil. ”The investigation by the Brazilian authorities is ongoing. The center has therefore decided, as a precautionary measure, to temporarily suspend the import of frozen and chilled meat and poultry meat from Brazil,” said a spokesman of the Center for Food Safety (CFS) of Hong Kong’s Food and Environmental Hygiene Department.

The Brazilian police uncovered last week a massive meat adulteration scheme involving some of the country’s largest meat producers. According to the police, the adulterated meat was sold in the domestic market as well as exported.

Hong Kong’s import ban is with an immediate effect, and the CFS has notified the Brazilian authorities about it, the spokesman said, adding that the CFS will also alert the local trade and advise the public to cook meat thoroughly before consumption.

“The CFS will continue to liaise with the Brazilian authorities to obtain detailed information for further assessment. Furthermore, surveillance on meat and poultry meat from Brazil will be enhanced to safeguard food safety and public health,” he said.

Under its routine food surveillance program, the CFS has taken during the past three years 17,060 meat samples at import, wholesale and retail levels for chemical and microbiological tests. Among them, there were 36 unsatisfactory samples, all of which were not related to the quality of Brazilian frozen and chilled meat or poultry meat.
“The CFS will continue to closely monitor the case and take appropriate follow-up actions,” said the spokesman.

South Korea’s agriculture ministry said in a statement that it would tighten inspections of imported Brazilian chicken meat and temporarily bar sales of chicken products by BRF.
More than 80 per cent of the 107,400 tonnes of chicken that South Korea imported last year came from Brazil, and BRF supplied almost half of that.

Police in Brazil on Friday named BRF SA (BRFS3.SA) and JBS SA (JBSS3.SA), along with dozens of smaller rivals, in a two-year probe into how meatpackers allegedly paid off inspectors and politicians to overlook practices including processing rotten meat and shipping exports with traces of salmonella.
JBS is the world’s largest meat producer and BRF the biggest poultry exporter. BRF is producer of number of branded poultry products such as Sadia. Both strongly denied any wrong doings. 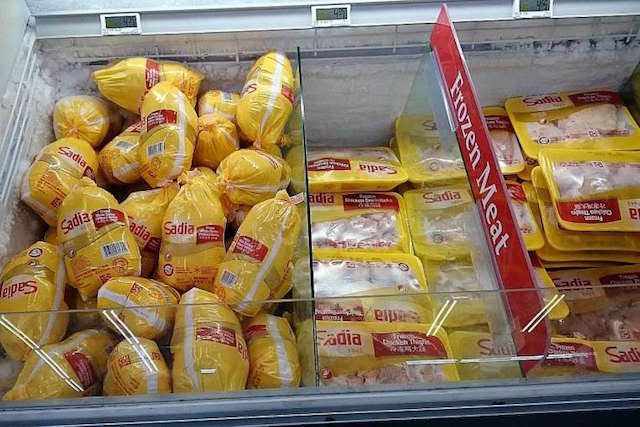 Middle Eastern countries such as Saudi Arabia and United Arab Emirates are considerably larger importers of Brazilian poultry meat among Islamic countries. Halal Certified meat from Brazil is also a seriously emeging issue due to stunning and unverifaiable practices of Halal Certification of Brazilizn meat and meat products. 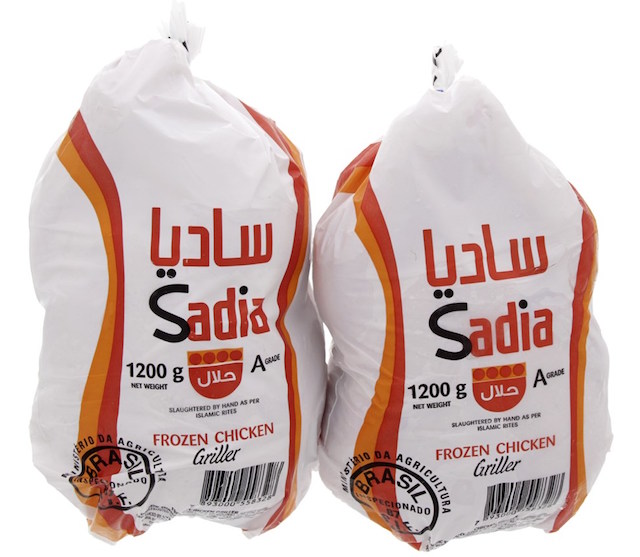 Meanwhile, the European Union (EU) is on the track to suspending meat imports involved in Brazil meat scandal, a spokesperson said Monday.
“The commission is in the process of ensuring that any of the establishment implicated in the fraud are suspended from the exporting to the EU,” said Enrico Brivio, spokesman of the European Commission.

According to media reports, intensive contacts have taken place between the EU and Brazilian authorities since Friday, when the Brazilian police uncovered a massive scheme of meat adulteration, which involved some of the country’s largest meat producers.

The EU and member states stayed vigilant on meat imports from Brazil and accordingly have enhanced the control, the spokesman told a press briefing, adding that Brussels has asked for further clarification from Rio de Janeiro but got no specific information at this stage.
According to media reports, the size of affected meat imports seemed to be small and the two sides were working to figure out the detailed amount and specific kinds of product to the EU markets, said Brivio.

The commission noted that the scandal had no direct link to the EU’s free trade talks with South American bloc Mercosur and any future deal would be supposed to meet the EU’s high regulatory requirements and food safety standards.