(Dubai-News Halal-Jumada II 26, 1438 H, 24 April 2017) Saudi Arabia, UAE and Egypt halted beef and poultry imports from Brazilian companies over concerns about food safety after accusations that individuals had been bribed to allow sales of rotten and salmonella-tainted meats. Analysts are certain that the scandal would hurt Brazilian economy and meat exports severely.

“This measure was taken in the interest of citizens’ and residents’ safety,” a statement from the Saudi Food and Drug Authority, carried by Saudi Arabia’s official news agency SPA late on Wednesday, said of the halt to imports.

The companies have denied any wrongdoing and authorities have said that no cases of death or illness have been linked to the tainted meat investigation. 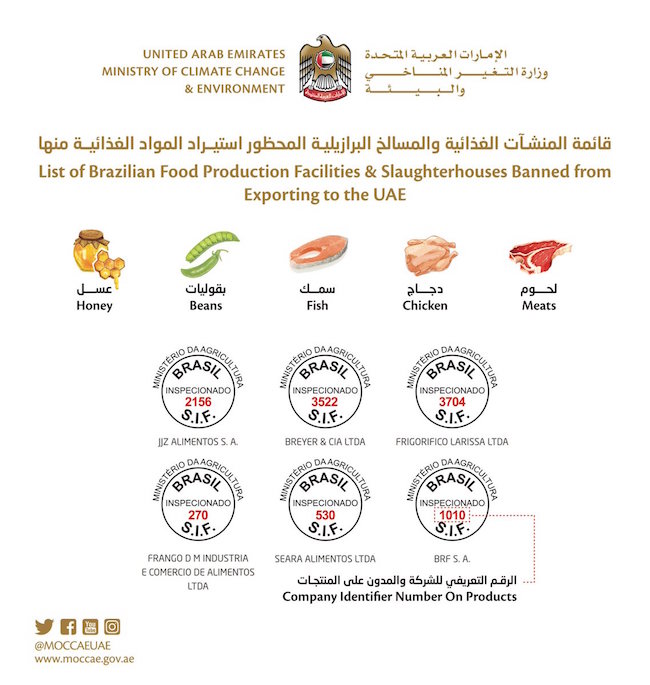